We usually try to shoe-horn an Andy Murray post in during Wimbledon and worried that it would have to be a poignant lament full of hip-based puns.


But! He's back on the doubles court, not only with Pierre-Hugues Herbert but we've just heard it confirmed he's playing mixed doubles with Serena flippin' Williams!


We warded off our hysteria the only way we know how. We looked out archives with a tenuous link to the momentous occasion:

'They dug up a jaw full of teeth, but all the teeth were double, none of them single. Mr Baikie of Tankerness was there when the jaw was discovered. He said 'this is remarkable; you might look around the world and not find a similar thing'. My Great Grandfather heard him, and said ''Deed Sir, you needna' look that far' Then he opened his mouth and showed Mr Baikie that he himself had complete sets of teeth, but all of them double teeth.

We shall be celebrating this tip-top sports pairing by singing these lyrics to the tune of West Side Story's Maria: Ser-e-na! He's playing doubles with Ser-e-na! and hope that, in turn, Andy and Serena will do the right thing and end every match they play together by pinching microphones from the press box and performing this classic in the middle of the court:

Are you delighted by what you have just read? Are you revulsed and appalled? Do let us know, we'd love to hear from you.

An Orkney collection of photographs, books and documents dating from the 15th century to the present. A treasure trove of culture, history, genealogy and cartography.

Or, to quote a colleague in another department, 'a load of old tat.'

Brinkie's Brae, Stromness. It's a brae that belonged to Brinkie presumably? Possibly not... We hold an 1852 plan of Stromness ... 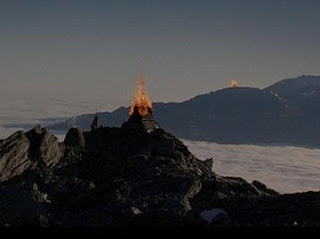 Promote Your Page Too

Stuff We Talk About